Darius Rucker is coming to Bridgeport and taking the HHCA stage with special guests Jameson Rodgers and Elvie Shane on Friday, September 2! Grab your tickets today: https://bit.ly/3rFPn9g
Part of the Chevrolet Concert Series 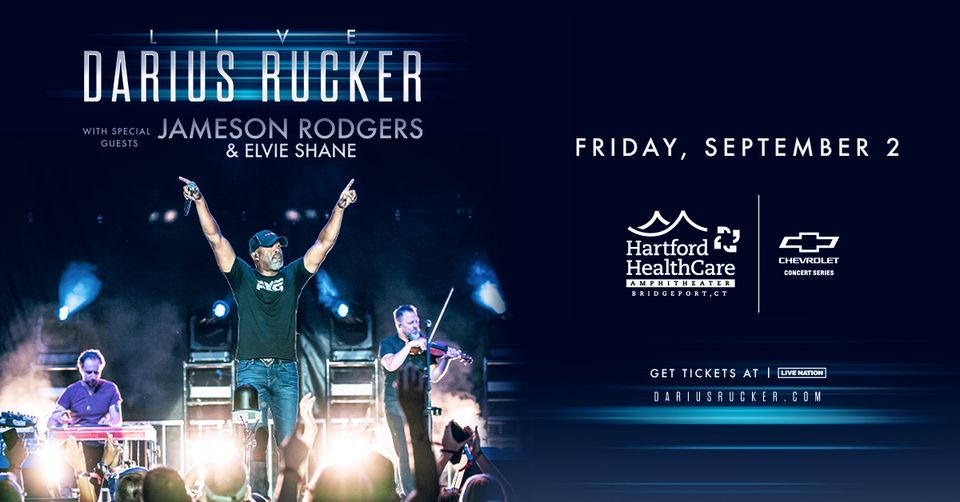 Darius Carlos Rucker is an American singer and songwriter. He first gained fame as the lead vocalist and rhythm guitarist of rock band Hootie & the Blowfish, which he founded in 1986 at the University of South Carolina along with Mark Bryan, Jim “Soni” Sonefeld, and Dean Felber. The band released five studio albums with Rucker as a member and charted six top 40 hits on the Billboard Hot 100. Rucker co-wrote most of the songs with the other members of the band.
On January 6, 2016, Rucker announced that he was working on his fifth country album. The album’s lead single, “If I Told You” was released to country radio on July 5, 2016. It reached number one in the Country Airplay chart nearly a year later, and peaked at number four on the Hot Country Chart. Rucker also returned to the C2C: Country to Country festival in the UK in March 2017, where he was second on the bill to Reba McEntire.