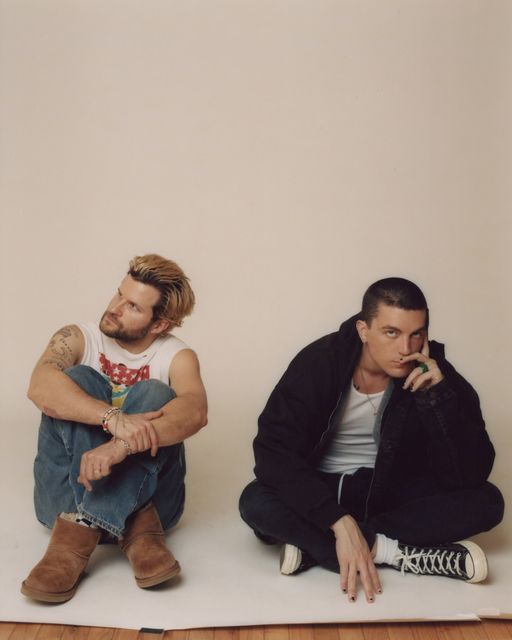 LANY (/ˈleɪni/, an acronym for “Los Angeles New York”) is an American pop rock band from Los Angeles. Formed in Nashville in 2014, the band consists of Paul Jason Klein and Jake Clifford Goss.

LANY was formed in March 2014 when Paul Jason Klein, who had a small solo career, flew to Nashville to meet up with friends Jake Goss and Les Priest. Previously, Goss and Priest had a separate project by the name of WRLDS, but this was discontinued after the formation of LANY. The following month they anonymously uploaded two songs, “Hot Lights” and “Walk Away”, to their SoundCloud account with zero followers in order to differentiate between their old and new projects. In an interview, Klein explains that after the release of these singles, they began receiving emails from record labels within six days, of which he still does not know how they found the music. Their debut EP, Acronyms, followed later that year, with the song “ILYSB” generating significant interest online. Singles “Made in Hollywood” and “Bad, Bad, Bad” soon followed, along with the reveal of their identities.