Van Morrison Live in Bridgeport!!!
A very special evening with Grammy Award Winner Van Morrison for one night only! September 1. Tickets available this Friday, March 25th, at 10am: https://bit.ly/3tpGyBQ
Part of the Chevrolet Concert Series. 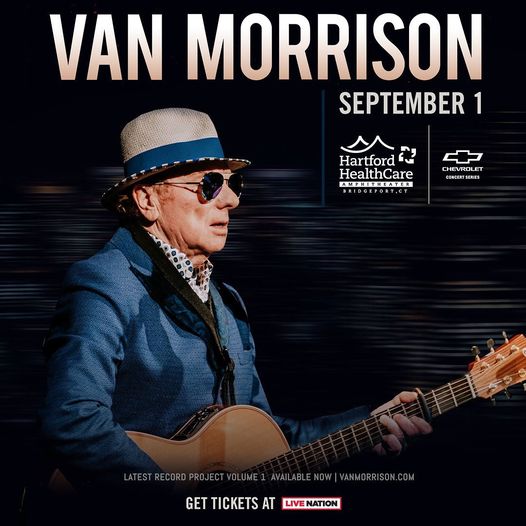 Much of Morrison’s music is structured around the conventions of soul music and R&B. An equal part of his catalog consists of lengthy, spiritually inspired musical journeys that show the influence of Celtic tradition, jazz, and stream-of-consciousness narrative, such as the album Astral Weeks. The two strains together are sometimes referred to as “Celtic soul”. His live performances have been described as “transcendental” and “inspired”, and his music as attaining “a kind of violent transcendence”.