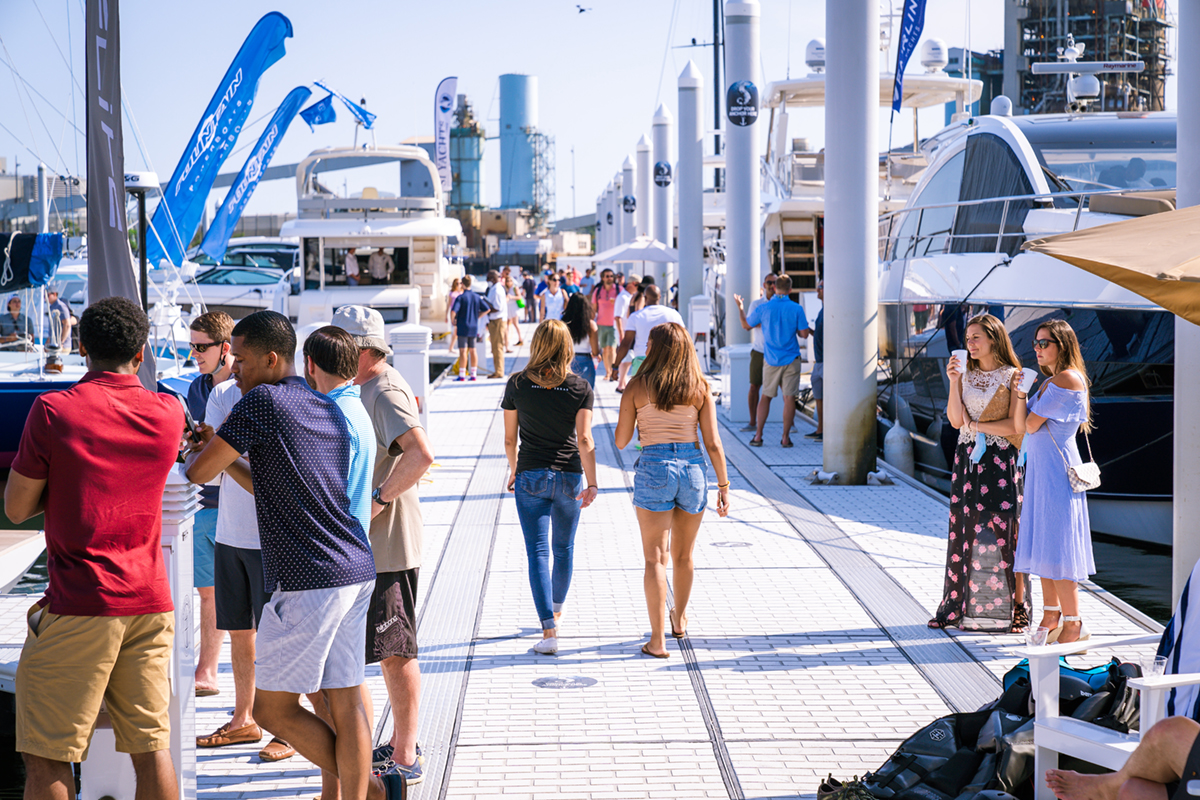 Make no doubt about it 2020 was a year like no other as the coronavirus closed down businesses and cancelled events. It could not, however, stymie the forward momentum at Steelpointe Harbor. Fireworks, wildly successful boat shows, waterside dining, community investments, charitable giving and corporate expansion were all part of the 2020 Steelpointe Harbor experience. Showpiece Shows the developers’ entertainment division armed with tenacity, hutzpah, and technology would not be deterred and put on a pair of very safe and successful boat shows.

With only a short delay the first-ever Steelpointe Yacht and Charter Boat Show launched on Father’s Day weekend. Thousands attended the first ever show at the site as they passed through automated temperature checks to safely enjoy boats, boating accessories, classic cars and much more at a social distance.

The second Steelpointe Yacht and Charter Show to be held at Bridgeport Harbor Marina in 2020 was held in September. Azimuth Aviation and Three Wing Aviation kicked off the event flying over Bridgeport’s East Side and landing four helicopters next to the Lighthouse Building on Steelpointe Harbor. Bridgeport Landing Development (BLD) President of Operations Bob Christoph Jr. was the first ever to land a helicopter on the peninsula. The Steelpointe Harbor Boat Show quickly became the tristate destination.

Equally successful was the re-opening of the Boca Oyster Bar after the government approved public dining again. Boca provided spacious patio dining on Bridgeport Harbor, and again served patrons from its raw bar, exquisite seafood menu, and a variety of appetizing offerings.

2020 was the first full year for the Bridgeport Harbor Marina which drew interest from boaters throughout the East Coast. Visitors, however, didn’t only come by sea or land but also by air as BLD has partnered with Three Wing Aviation out of Sikorsky Memorial Airport that has built a reputation for providing the highest standards of safety and customer service to clients. If boats or airflight isn’t your thing BLD held numerous opportunities for the car lovers either at the boat shows with Black Horse Garage or at a summer parking lot event that drew a number of high style performance vehicles.

Across the Harbor, Bridgeport Boatworks boasts Travelifts, repair services, a paint shop, and outside as well as heated inside winter storage. Their newest feature is a 620-ton travelift which will accommodate future expansion and tenants at the site. More on that to come in 2021. Also, at the boat yard, all boaters will have access to a newly constructed high-speed gas and diesel fuel dock for even the mega yachts. DockMaster Robert De Nigris says, “The fuel station serves marina tenants and transients alike and is a great convenience.”

As for the retailers, well Bass Pro Shops lead the way with record sales of camping supplies during the virus shutdown for those looking to find outdoor entertainment and recreation.

2020 business success was not confined to the harbor as blocks away BLD also invested in an important community development which is bringing a commercial development project to the East End including a grocery store and pharmacy to the food desert community. Community projects also included the investment in a Building Neighborhoods Together (BNT) project that includes 50 workforce housing units in Bridgeport.

BLD has also contributed to community efforts. On May 7th, 2020 the Connecticut Food Bank held 32-ton mobile drive-through food pantry for Bridgeport area residents to help alleviate hunger in the community caused by the pandemic. A line of cars to receive free meals wrapped around the entire block of Bass Pro Shops. That giving spirit continued throughout the year through contributions to organizations such as Bridgeport Caribe Youth Leaders, Beardsley Zoological Gardens, East End Pop-up Market, Hall Neighborhood House, Bridgeport Regional Business Council, turkey and toy giveaways and many other contributions to groups such as the NAACP and the St Patrick’s Day Parade. BLD and Showpiece Shows even hosted a Sandlot game on the property for local kids from various diverse communities.

Considering all that BLD accomplished with its partners in 2020 it was fitting that they took in the new year with its annual Fireworks display, certainly a sign of great things to come. 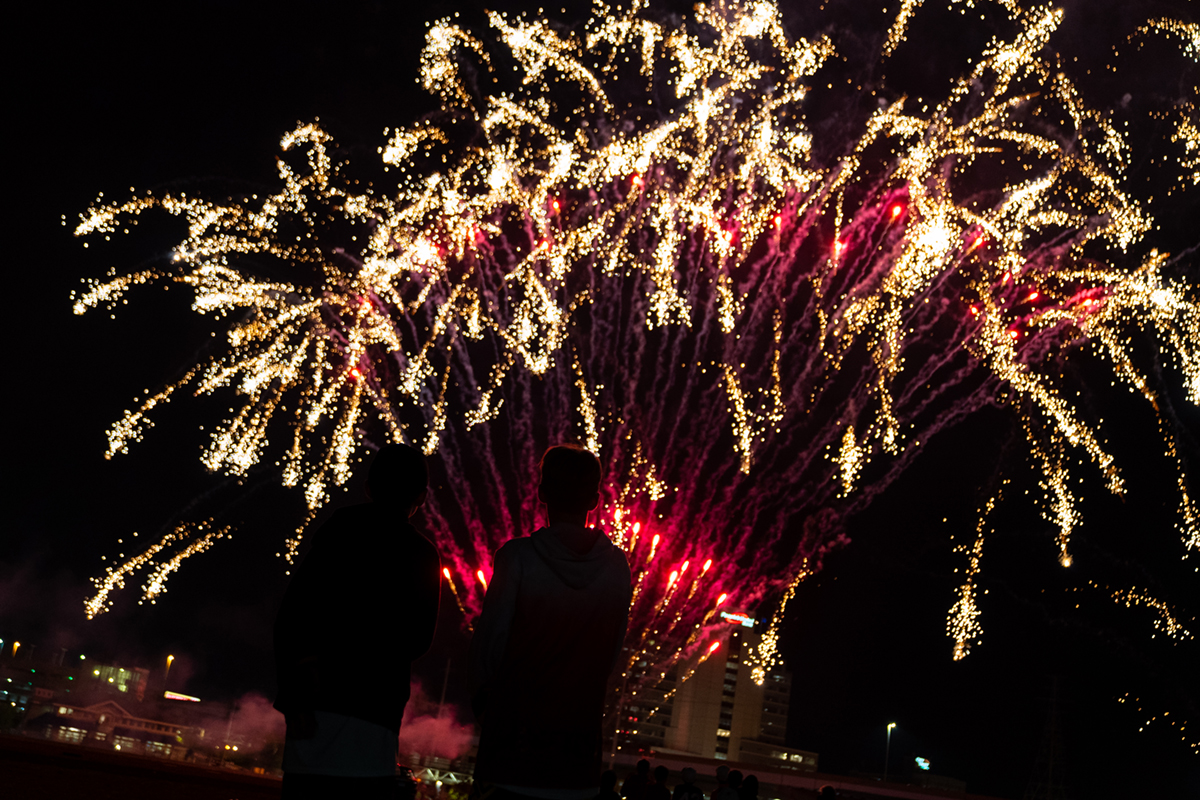